The association for democratic culture in Berlin (Verein für Demokratische Kultur in Berlin e.V.) is active against right-wing extremism under the title “Berlin against Nazis”.

With the campaign “One Cent Against Nazis” a tool was created to communicate ad hoc campaigns against Nazi marches online and to call for donations. The special feature: one cent is donated per Nazi appearance. Thus each Nazi contributes to the fact that for a good (not right) purpose is donated - e.g. for the sea rescue of refugees. 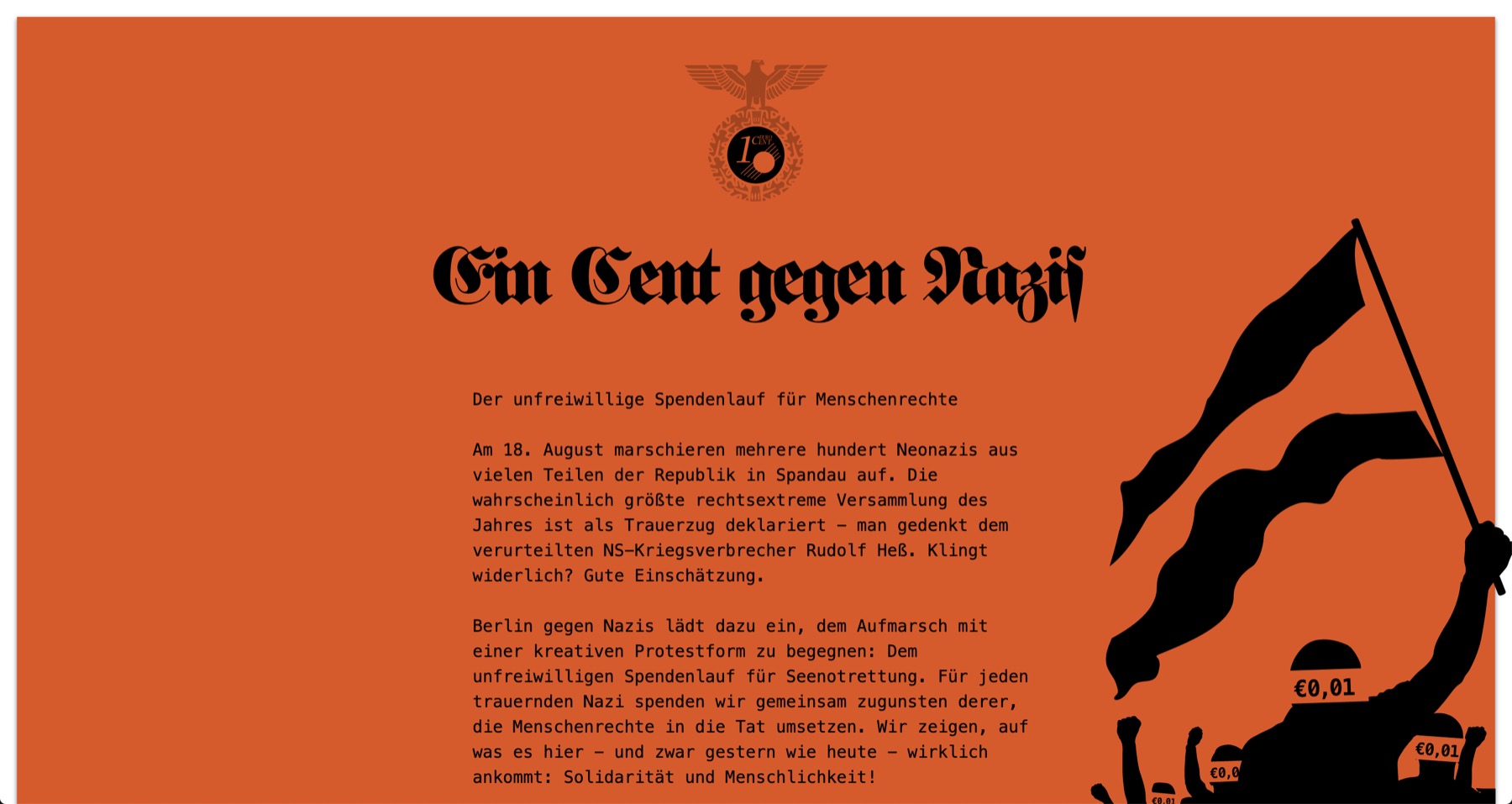 For the pro bono project with a tight time schedule, we created a simple JAMstack website. The editors are able to change all texts and images baswd on simple markdown files e.g. directly within the browser editor of GitLab.

Behind the scenes GulpJS is rendering a static website. The build process including the deployment is done by GitLab CI/CD pipelines. 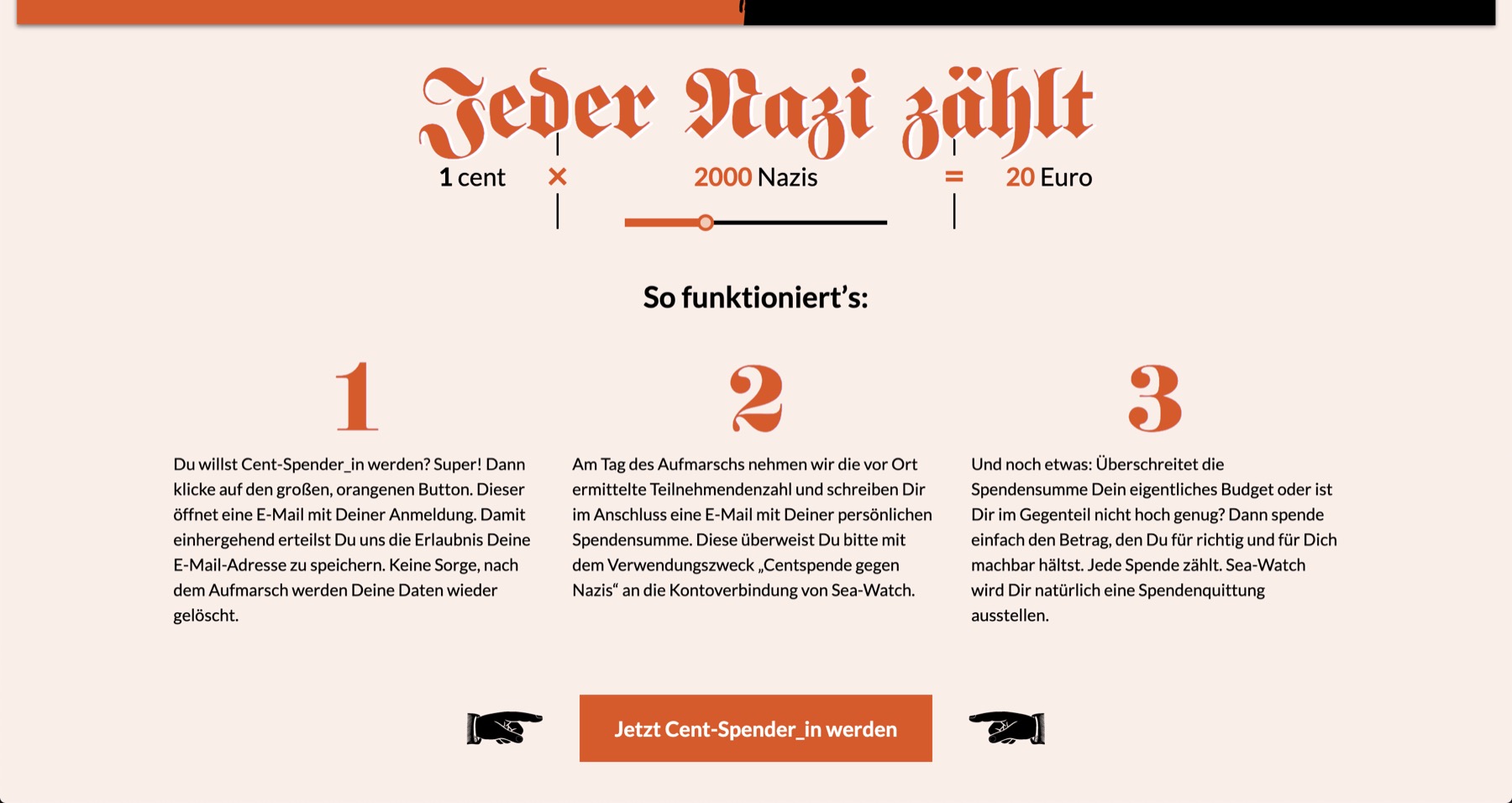